Wondering when the next blue moon will occur? Here’s a list of the upcoming blue moons through 2029 along with a look back to the blue moons since 2010.

What is a blue moon?

We typically refer to a blue moon as two full moons occurring in the same month. While we think that about the saying “once in a blue moon” as a very rare occurrence, it’s a little more frequently than you realize when you watch the calendar.

How often do blue moons occur?

Generally, a blue moon only occurs about every 2 and a half years. Usually, in the year that a blue moon occurs, there is only 1, but sometimes there are two such as in 2018.

2018 was an unusual blue moon year because two blue moons occurred at the start of the year, in January and March. As a result, February did not have a full moon at all. The lack of a full moon in a month is sometimes referred to as a black moon.

A seasonal blue moon is the third blue moon in an astronomical season when four full moons occur within the season (Spring, Summer, Fall, and Winter). This definition is less commonly used for the blue moon because you need to look closer at the full moon cycles from December of the prior year through December of the fulling year as each winter crosses two calendar years. Astronomical seasons begin with the solstices and equinoxes each year.

The solstices, referred to as the longest or shortest day of the year, means the amount of daylight for that day. Equinoxes are when the light and dark parts of the day are the same length (equal).

The spring equinox is usually March 19th or 20th each year and the summer solstice is around June 20th or 21st. The fall equinox occurs on September 22nd or 23rd and the water solstice is usually on December 21st or 22nd each year.

When is the next blue moon?

There are 4 calendar blue moons coming up between now and 2027 along with 3 seasonal blue moons.

The dates and times are provided by NASA in Eastern Standard Time (EST) with Daylight Saving Time (DST) for part of the year. Also below is the Universal Time Coordinated (UTC) time. This was previously referred to at Greenwich Mean Time (GMT).

And when was the last blue moon? 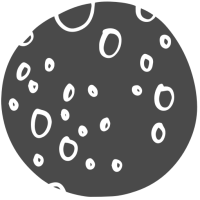 Hello and welcome to FullMoonology, a blog dedicated to the full moon. Why you ask? Because I've been fascinated with the full moon for years and knowing when one is coming up helps explain the odd things that usually happens.

Hello and welcome to FullMoonology, a blog dedicated to the full moon. Why you ask? Because I've been fascinated with the full moon for years and knowing when one is coming up helps explain the odd things that usually happens. Read More…